WE LOST EVERYTHING EXCEPT THE BIBLE AND TRANSLATION BOOKS

After our first day of checking the North Pentecost’s Hano New Testament project yesterday afternoon at the Bible Society office here in Port Vila, the translator Collinette Siba (nee Gaviga) shared her traumatic experience of Cyclone Pam (in March 2015) without hiding her emotions.
“We lost everything during the cyclone. Both our home and guest house were destroyed as we took refuge in the church. It was really a scary experience! After cyclone Pam left, we discovered there was nothing left. Our property had all gone. There was no water as our water tank pipe was broken. It was a very sorry sight! But my husband Robin just thought of the translation books and Bible and attempted to recover them. He had put all the books and Bible inside a plastic container and placed the container under a small table inside the house. Amazingly, the container and its content were all safe, not even wet. That’s why I’m able to bring them to Port Vila with me this week for the translation checking.”
Collinette has worked tirelessly on the translation of God’s Word into her native Hano language for the last 19 years. Her dad, Anglican priest Fr Mark Gaviga, was part of the review team that had worked on the Four Gospels and later translated Paul’s epistles and other NT books. Her younger sister, Annie, now works as a Translation Clerk at the Bible Society in Port Vila. The Hano New Testament project has struggled to reach the finish line since it started in 1979 (Four Gospels launched in 1988) and has been revived lately with the goal to complete the project by 2016. Contributing to the delay in progress was the lack of supporting funds and its history of the translation books gone missing or severely damaged by past cyclones. This often resulted in Collinette being tasked to re-translate whatever is in the missing manuscripts. Now there are only a few missing chapters and verses that she needs to translate again and the financial support from the United Bible Societies amongst other donors is greatly acknowledged. However, there still exists a real need to practically help Collinette and her family in restoring their lives after all that has been lost.
Apart from the importance of receiving project funds to propel the translation work forward, the life of a translator such as Collinette is also very critical in order to achieve the translation goals. As for Collinette, she’s still living with her husband Robin and their four children under a tent in their North Pentecost village. Drinking water is strictly rationed and all washings are done at sea (about 45 mins walk). They’ve only received food rations twice from the government so far. A friend from abroad has helped bought six roofing iron sheets for their new home. But unfortunately it’s not enough to rebuild their livelihood and get their house back. Please pray for Collinette and other people here in Vanuatu who still goes through deep suffering and pain after Cyclone Pam. And do let the Bible Society near you know if you’d love to give a financial donation specifically for Collinette’s family. This will in turn help speed up the Hano New Testament project, too.

Trauma Healing
And whilst in Port Vila since last Monday, my work plan had changed after listening to some translators’ personal stories about their encounter with Cyclone Pam. This was prior to Collinette’s arrival. My set goals for the two weeks in Vanuatu were primarily to check the scripture comic translations in four languages and work on the Hano NT project. However, after my exposure to the deep hurts and suffering faced, I am currently facilitating an impromptu Trauma Healing seminar for all the translators each morning for two hours before the translation checking. This has helped Collinette and the other
translators to share their experiences in our healing group and find comfort in God though our prayers. The team is also prepared to translate into Bislama (common language of Vanuatu) the Trauma Healing book titled, “Healing the Wounds of Trauma: How the Church Can Help” (by Harriet Hill, Margaret Hill, Richard Bagge, & Pat Miersma). I trust and pray that this scripture booklet, once translated, will be a great tool for the Church to use in the near future in terms of ministering to the many lives that are still deeply traumatized. 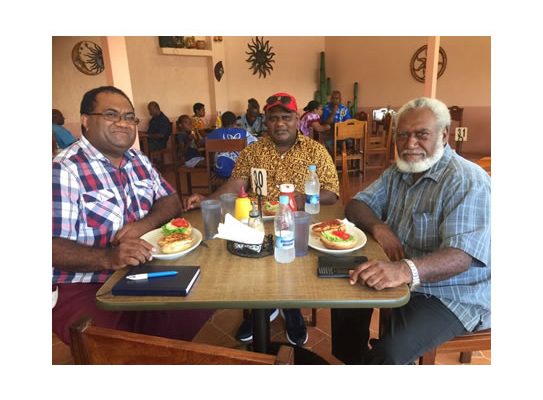 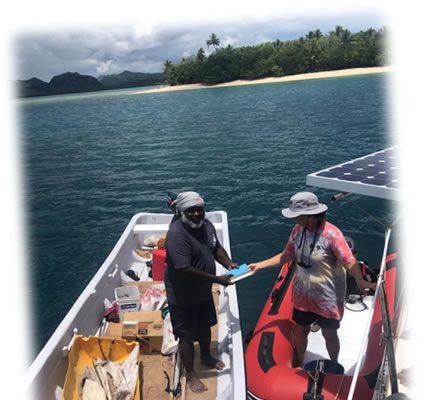 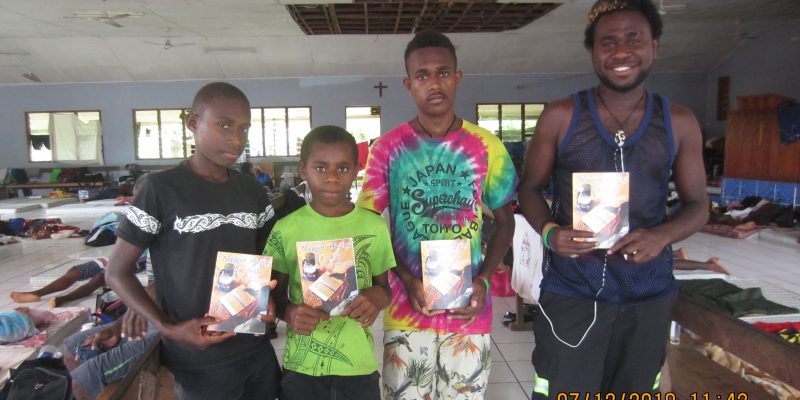 Celebrating the Launch of the Gospel Read More 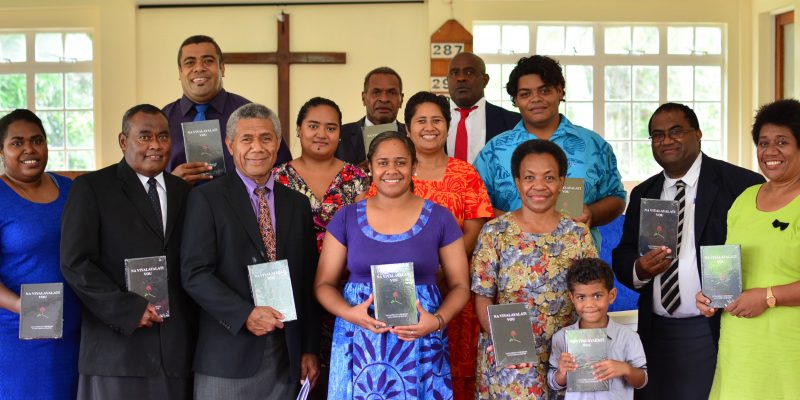 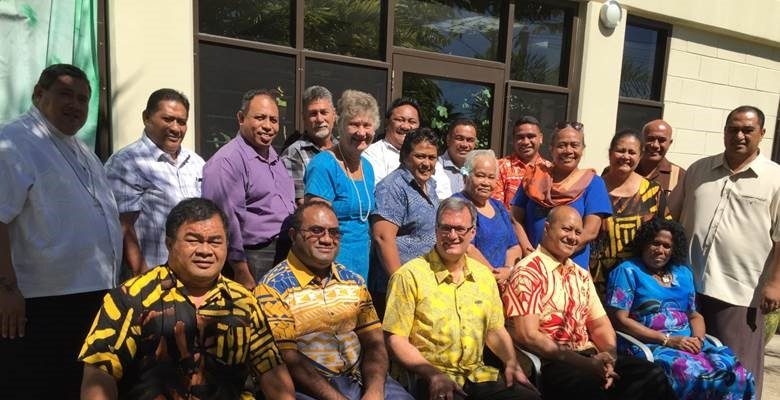